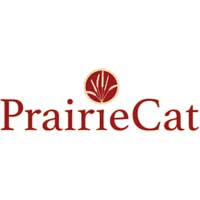 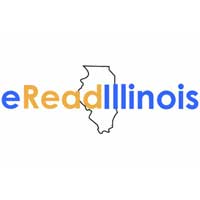 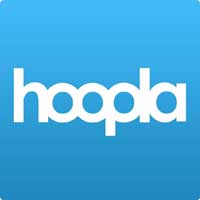 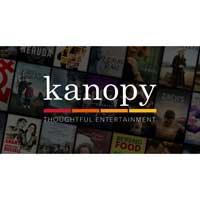 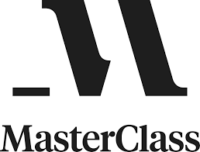 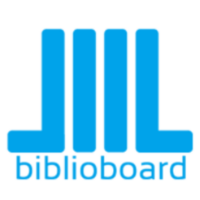 Please view each of our locations’ programs below. Call us with questions or concerns. 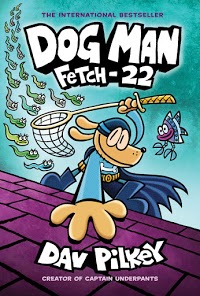 Escape from the real world. New one beginning every month. This event will be on Google Forms.
The link will be on our website under All Libraries Programs.
Click the link below:
https://forms.gle/Ao3jzmfRbaJeRnbe7 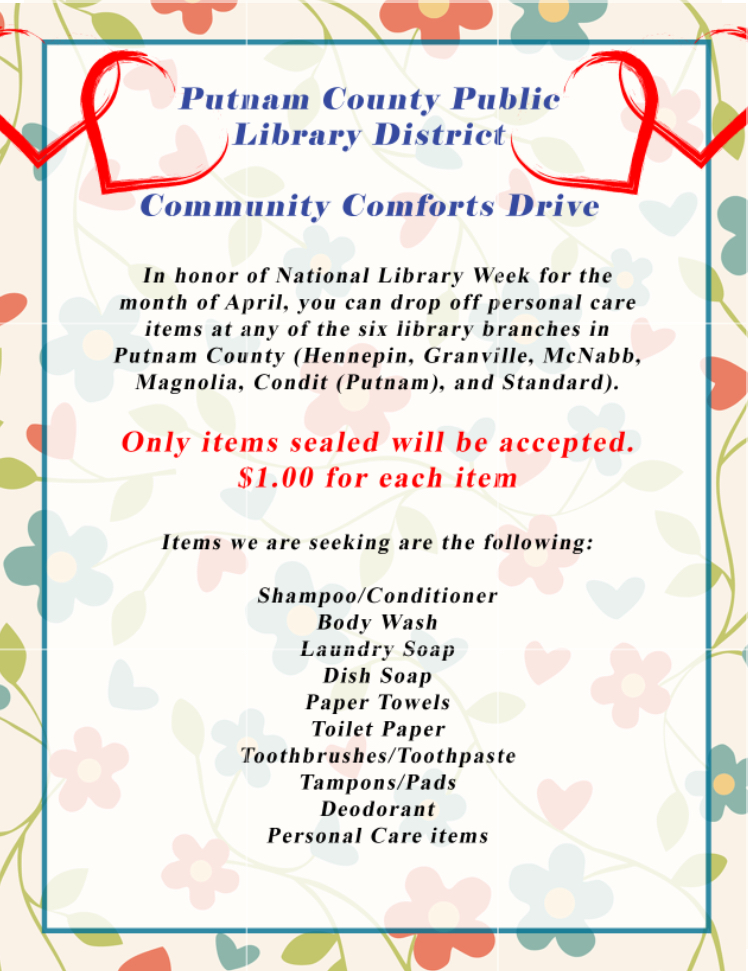 In honor of National Library Week we will for the month of April offer a Community Comforts Drive. It has been a tough go for communities during this pandemic. This year we are collecting for the Putnam County Food Pantry personal items. We will be taking Shampoo/Conditioner, body wash, laundry soap, dish soap, paper towels, toilet paper, toothbrush/toothpaste, tampons/pads, deodorant, and personal care items. This is the same as our past Food for Fines drive for every donation $1.00 will be taken off your library fines. Only items sealed will be accepted.

Baseball in the American Culture, Literature, Song, Movies, the Stage, Radio and TV 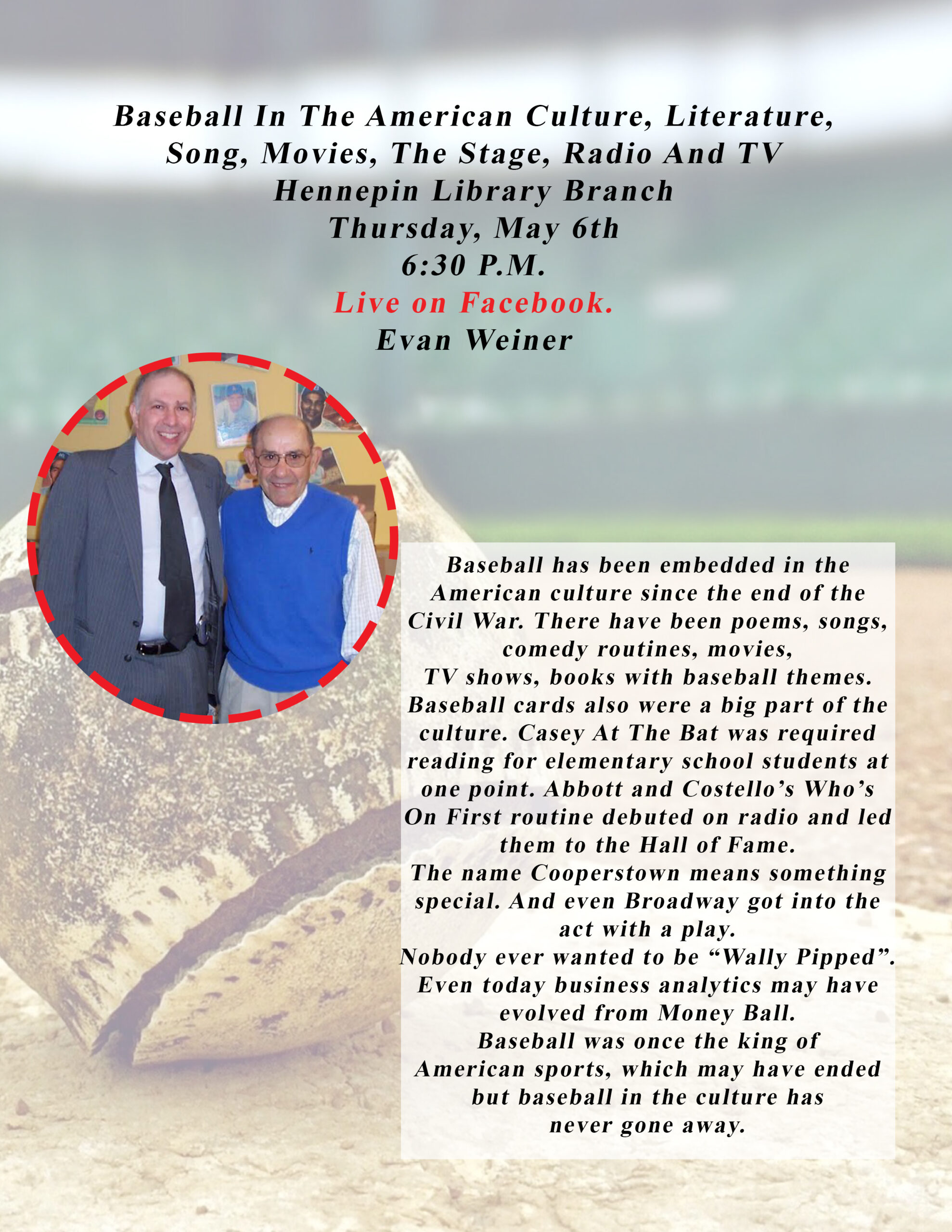 Baseball in the American Culture, Literature, Song, Movies, the Stage, Radio and TV
Thursday, May 6th @ 6:30 P.M.
Live on Facebook.
Baseball has been embedded in the American culture since the end of the Civil War. There have been poems, songs, comedy routines, movies, TV shows, books with baseball themes. Baseball cards also were a big part of the culture. Casey At The Bat was required reading for elementary school students at one point. Abbott and Costello’s Who’s On First routine debuted on radio and led them to the Hall of Fame. The name Cooperstown means something special. And even Broadway got into the act with a play. Nobody ever wanted to be “Wally Pipped”. Even today business analytics may have evolved from Money Ball. Baseball was once the king of
American sports, which may have ended but baseball in the culture has never gone away.

Evan Weiner started his career as a sports commentator on WRKL Radio, Rockland County at the age of 15.
He is among a very small number of people who cover the politics and business of sports and how that relationship affects not only sports fans but non-sports fans as well. He has a daily podcast called “The Politics of Sports
Business” as well as a daily video podcast. He has been a regular on Talk Sports London and writes for The
Guardian, a U.K. newspaper. He has appeared as a TV pundit on MSNBC, NewsMax, and ABC. He is the author of eight books and is a frequent college speaker. He won the 2010 Ronald Reagan Media Award from the United States Sports Academy. 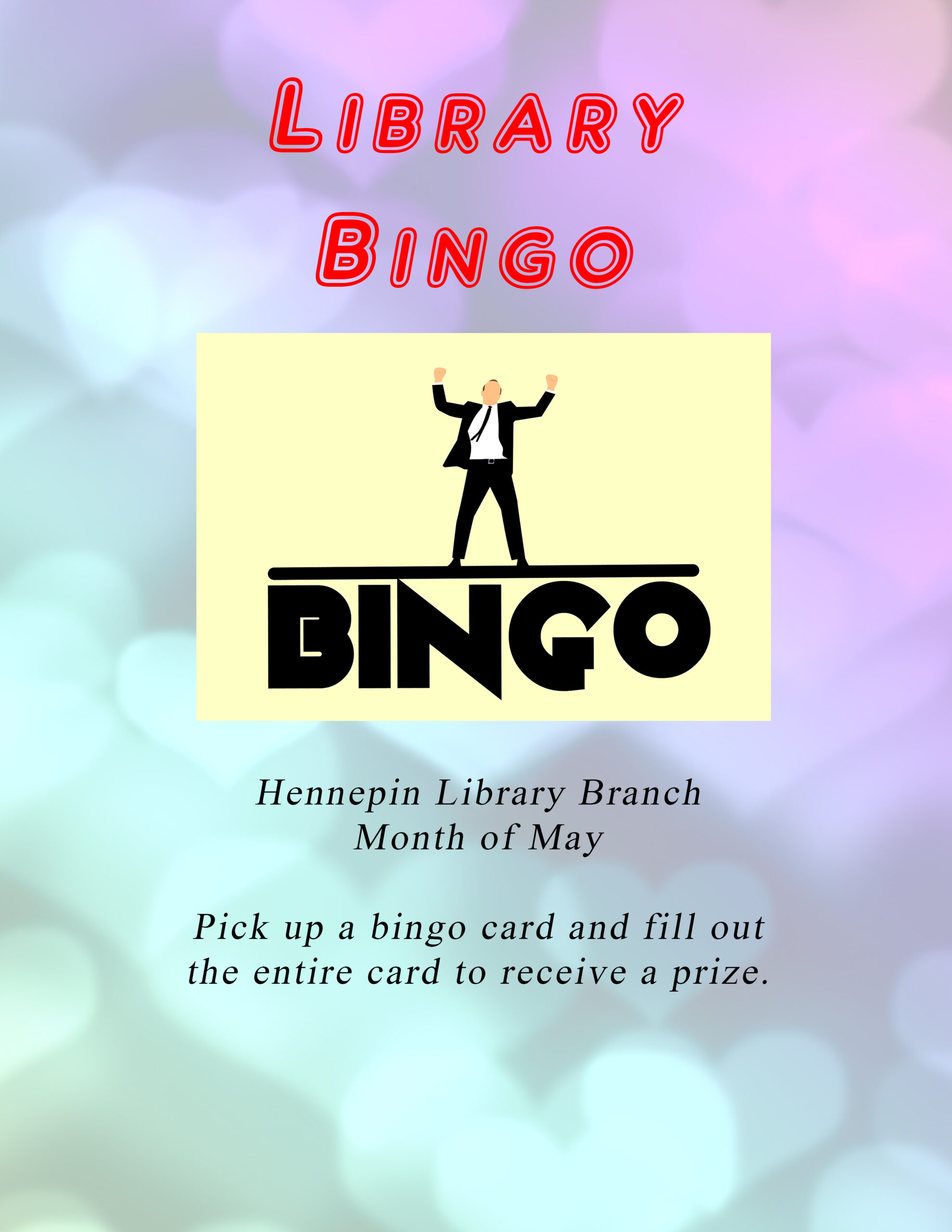 Library Bingo
Month of May
Pick up a Bingo Card and fill out the entire card to receive a prize.

Spring Wildflowers and their Native American and Pioneer Uses 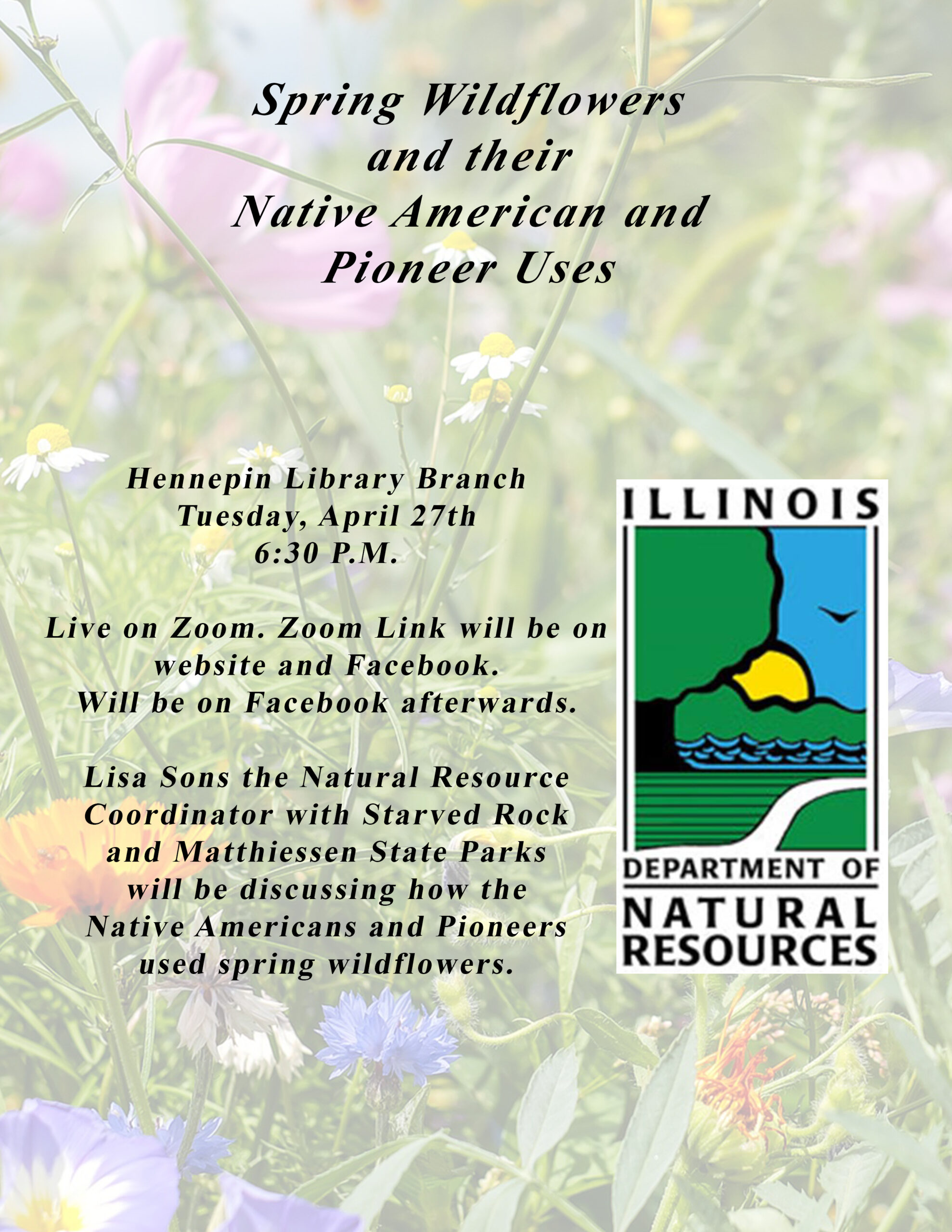 Spring Wildflowers and their Native American and Pioneer Uses
https://us02web.zoom.us/j/87574584678
Meeting ID 875 7458 4678
Tuesday, April 27th @ 6:30 P.M.
Live on Zoom. Zoom Link will be on website and Facebook. Will be on Facebook afterwards. Lisa Sons the Natural Resource Coordinator with Starved Rock and Matthiessen State Parks will be discussing how the Native Americans and Pioneers used spring wildflowers. 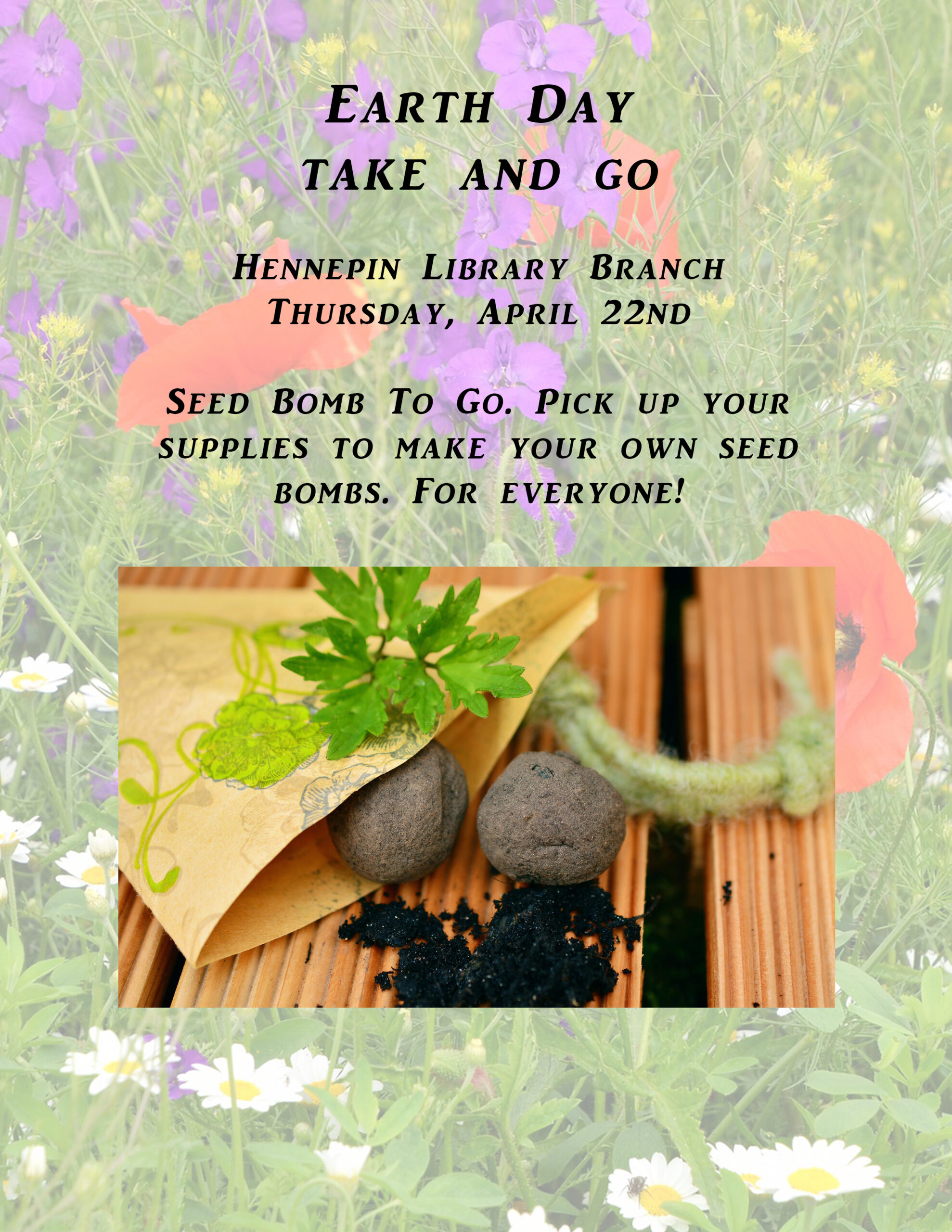 Seed Bomb to Go. Pick up your supplies to make your own seed bombs. For everyone! 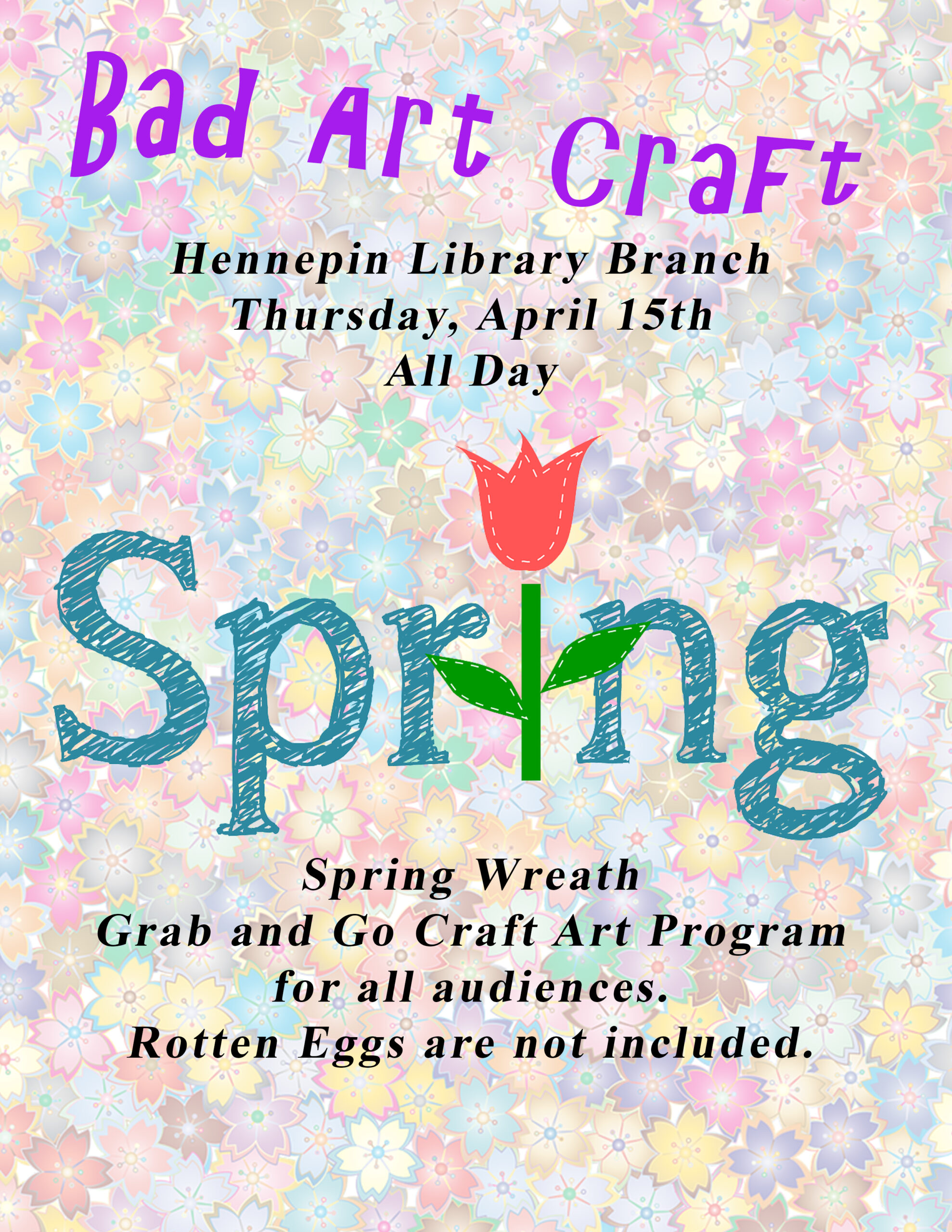 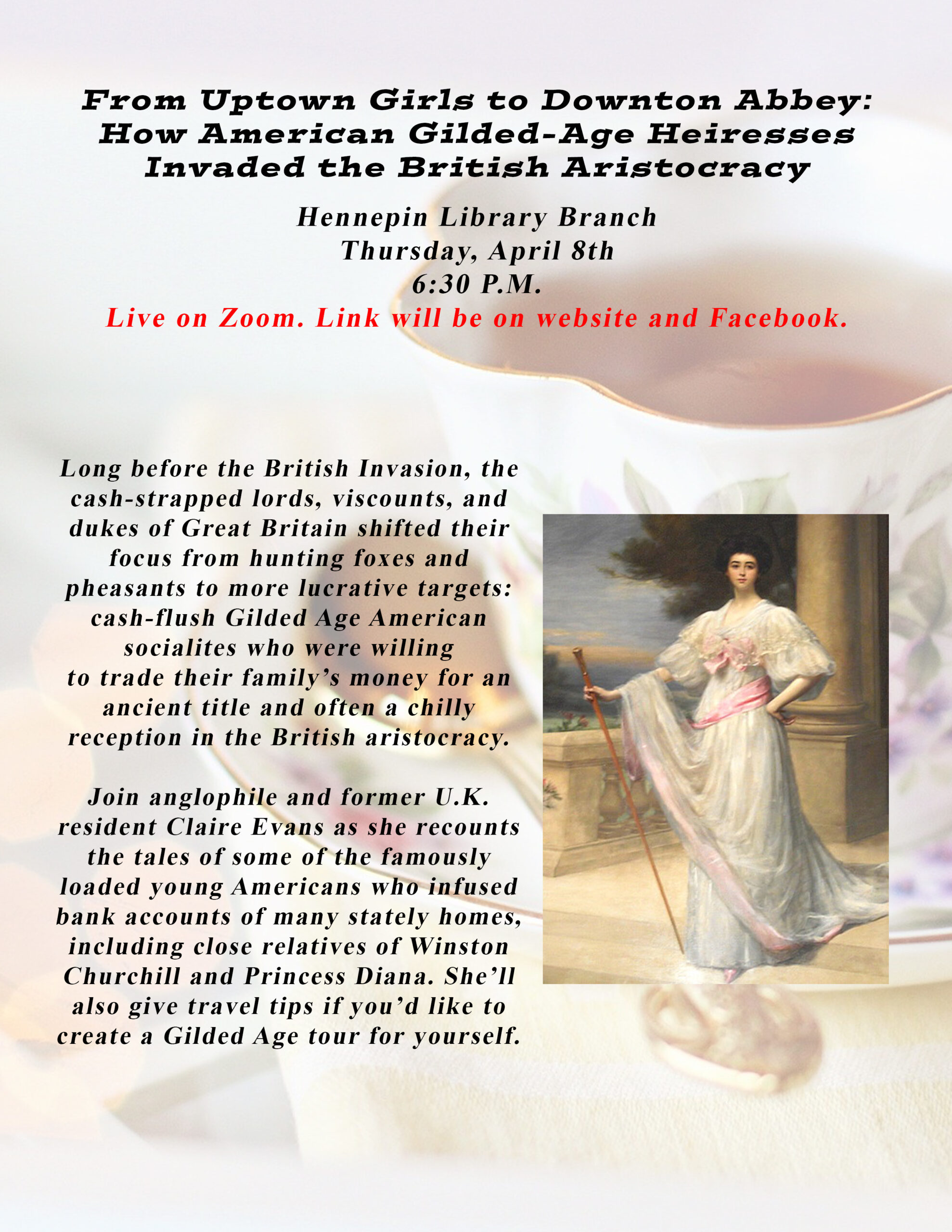 From Uptown Girls to Downton Abbey: How American Gilded-Age Heiresses Invaded the British Aristocracy
Zoom info:
https://us02web.zoom.us/j/84830699164
Meeting ID: 848 3069 9164
Thursday, April 8th @ 6:30 P.M.
Live on Zoom. Link will be on website and Facebook. Claire Evans will be presenting. Long before the British Invasion, the cash-strapped lords, viscounts, and dukes of Great Britain shifted their focus from hunting foxes and pheasants to more lucrative targets: cash-flush Gilded Age American socialites who were willing to trade their family’s money for an ancient title and often a chilly reception in the British aristocracy. Join anglophile and former U.K. resident Claire Evans as she recounts the tales of some of the famously loaded young Americans who infused bank accounts of many stately homes, including close relatives of Winston Churchill and Princess Diana. She’ll also give travel tips if you’d like to create a Gilded Age tour for yourself. 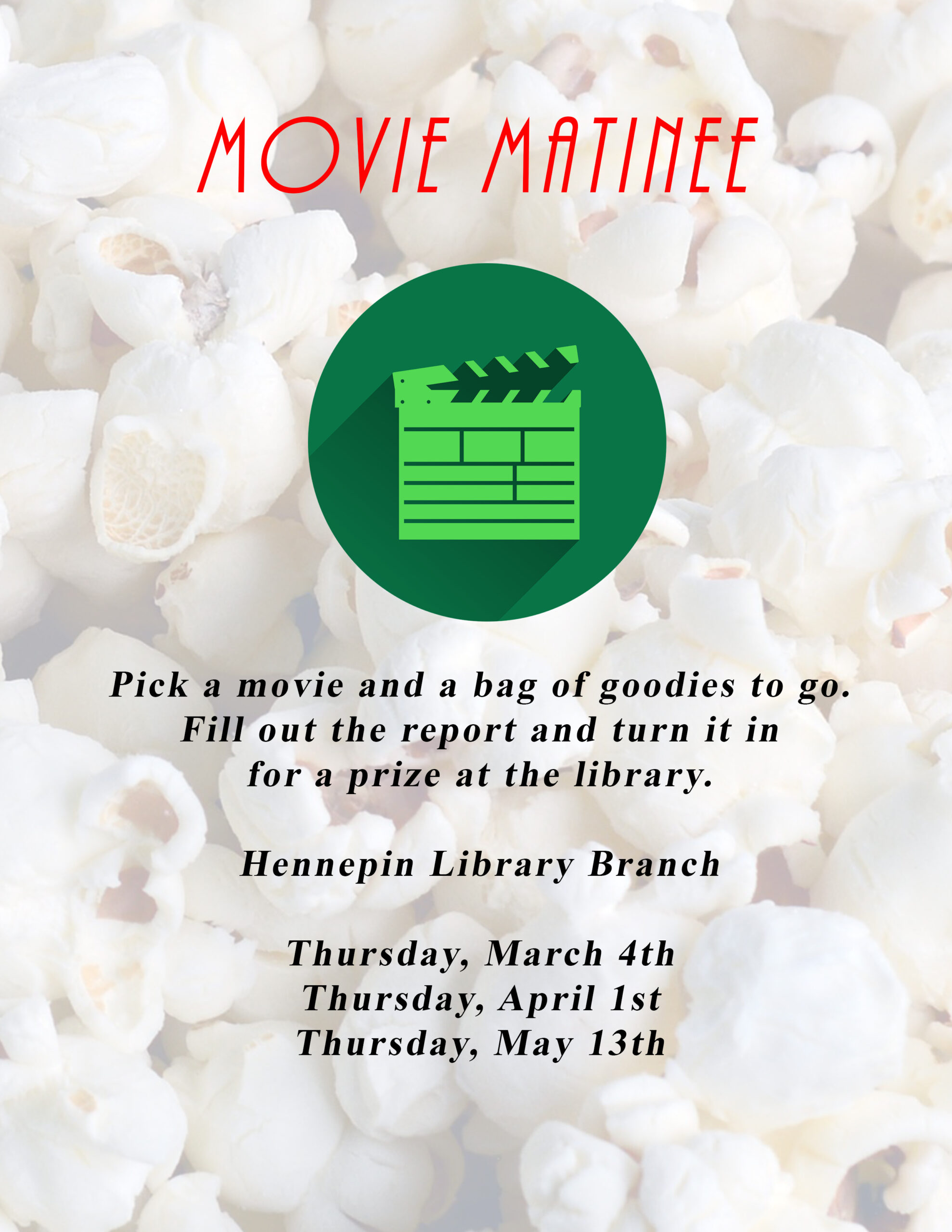 Pick up a movie and a bag of goodies to go. Fill out the report and turn it in for a prize at the library. 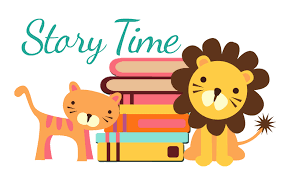 Hennepin Story Time has been suspended until further notice. 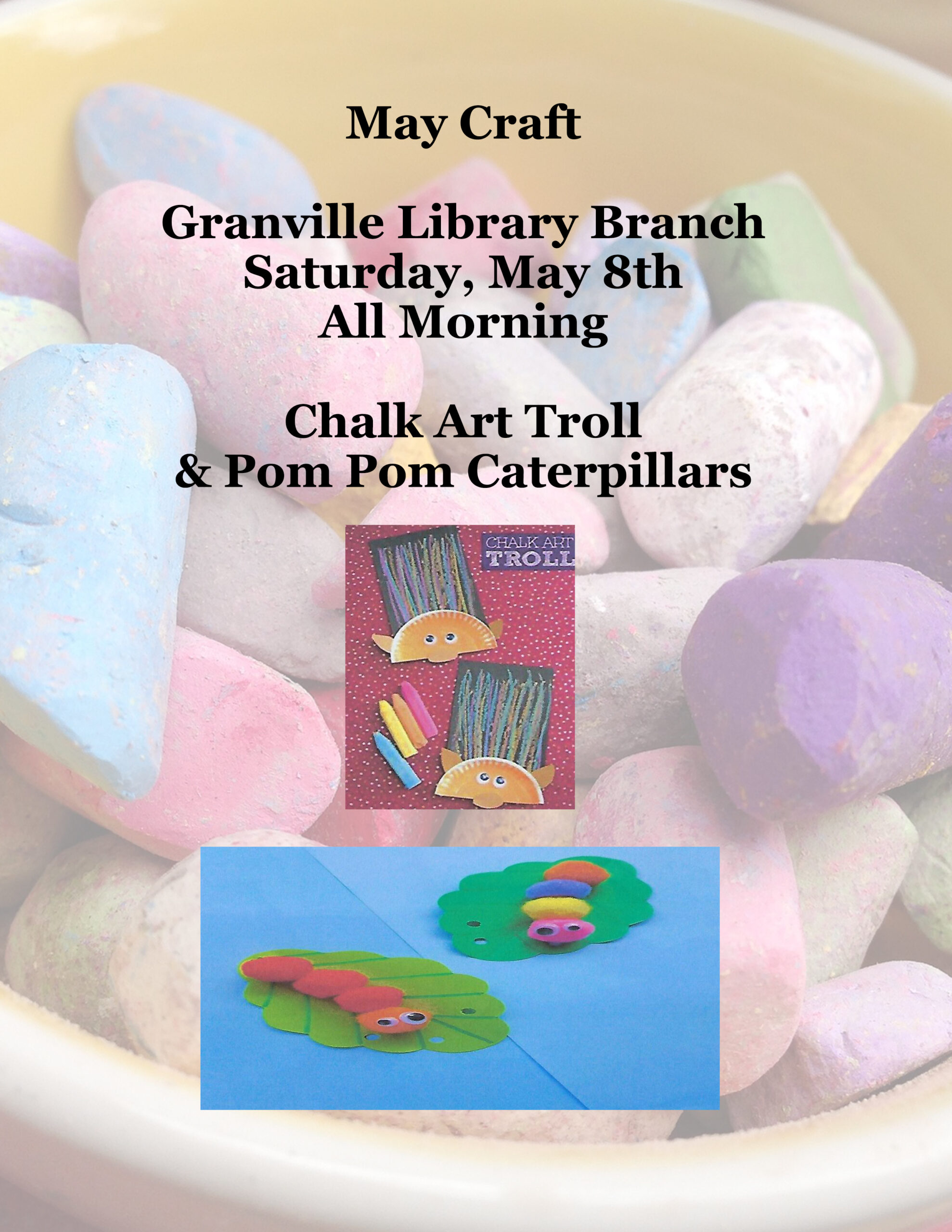 New children’s library space planned for the Granville Library!  Looking to engage a local artist to create a mural.  Proposals are due April 19th, 2021.  Please call library headquarters at 815-925-7020 for more information and full request for proposals. 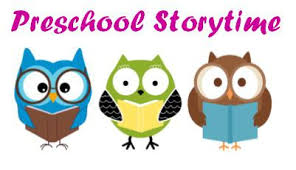 Granville Story Hour
Starting Tuesday, April 13th Every Tuesday @ 11:00 A.M.
Stop in for a story & craft! See our Friends! For children 2 – 5 years of age. We will be meeting in Hopkins Park in Granville. Please note: The restrooms are not available to us at this time, plan accordingly.
Bring a blanket or chair. Of course, we will be following these protocols: social distancing.
If it rains, we will gather in the shelter.

Granville Story Hour has been suspended until further notice. 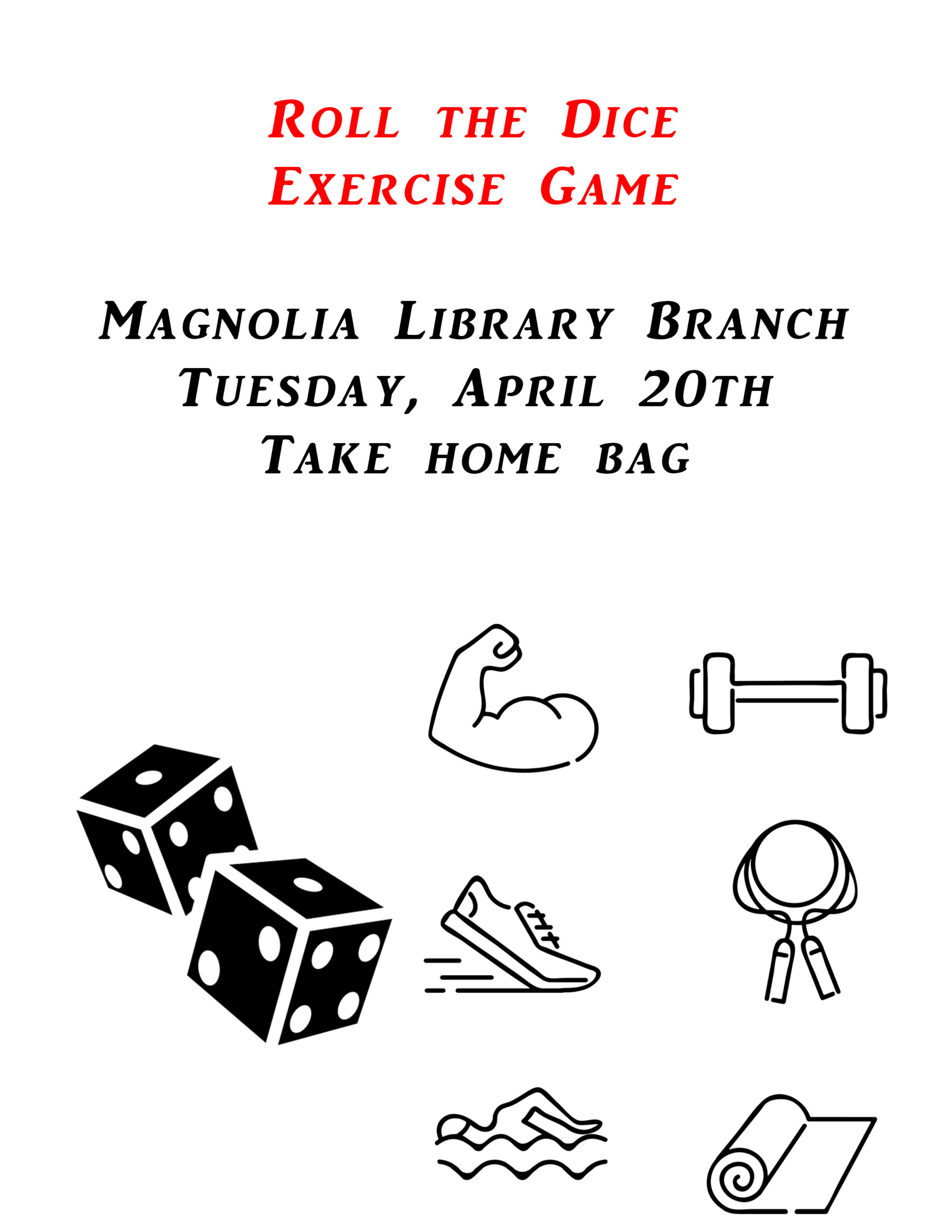 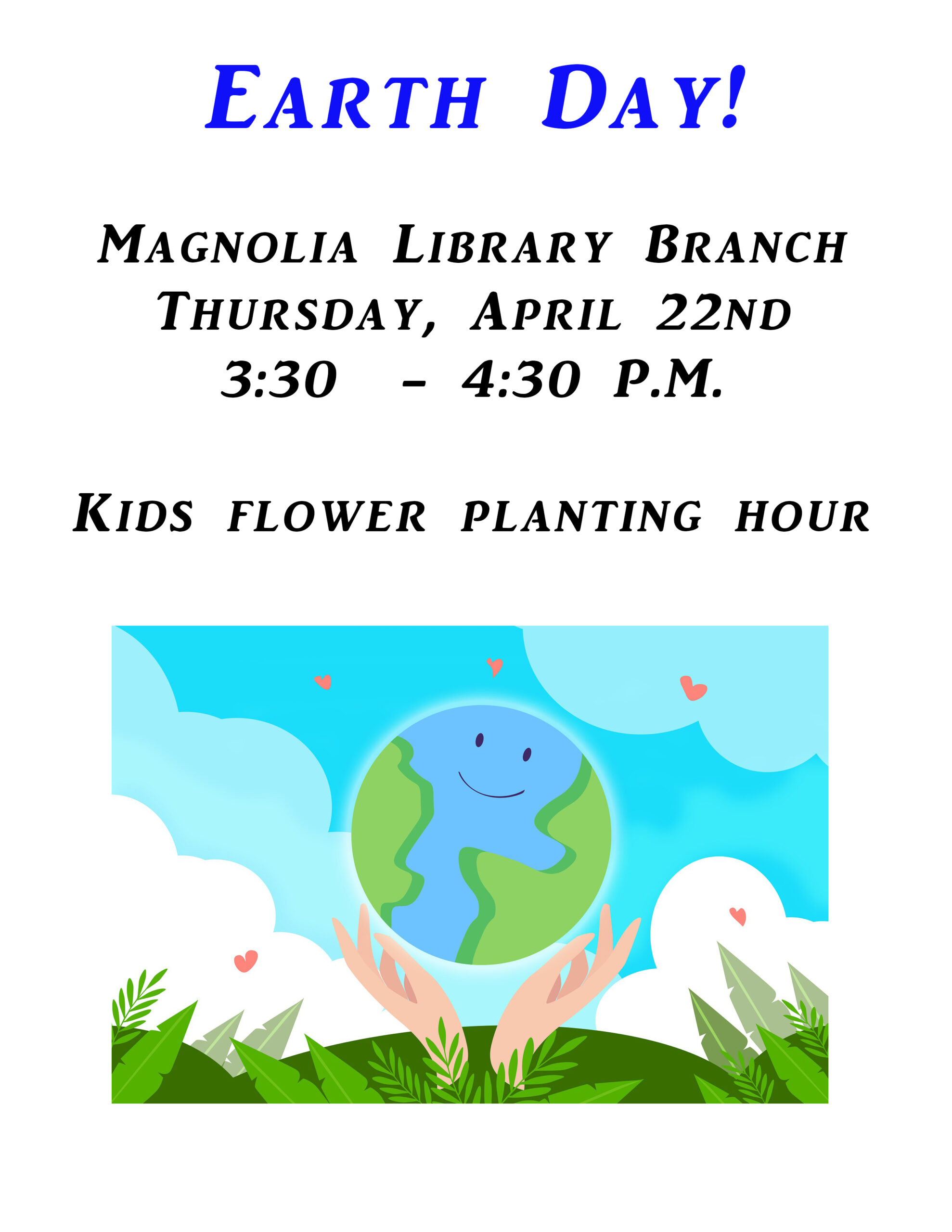 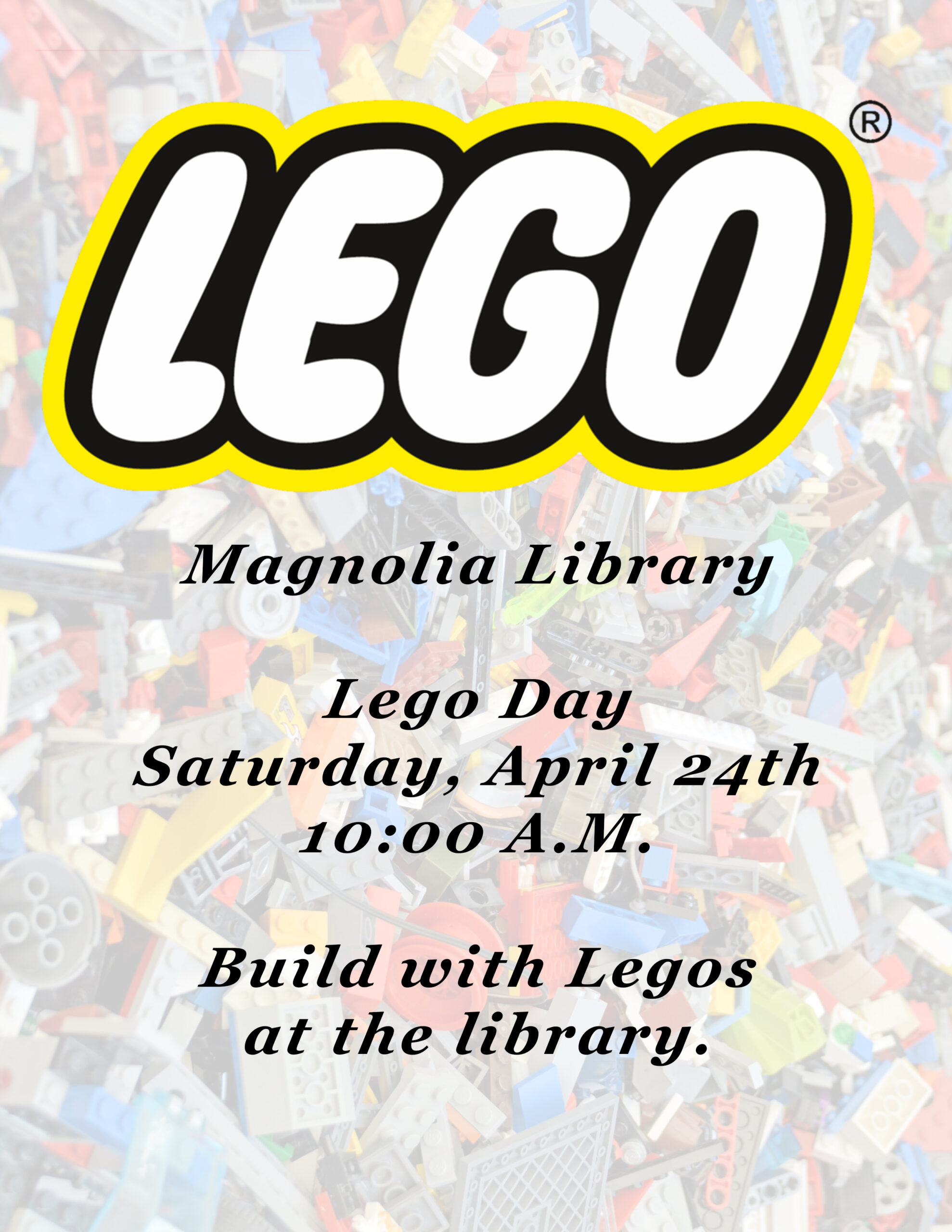 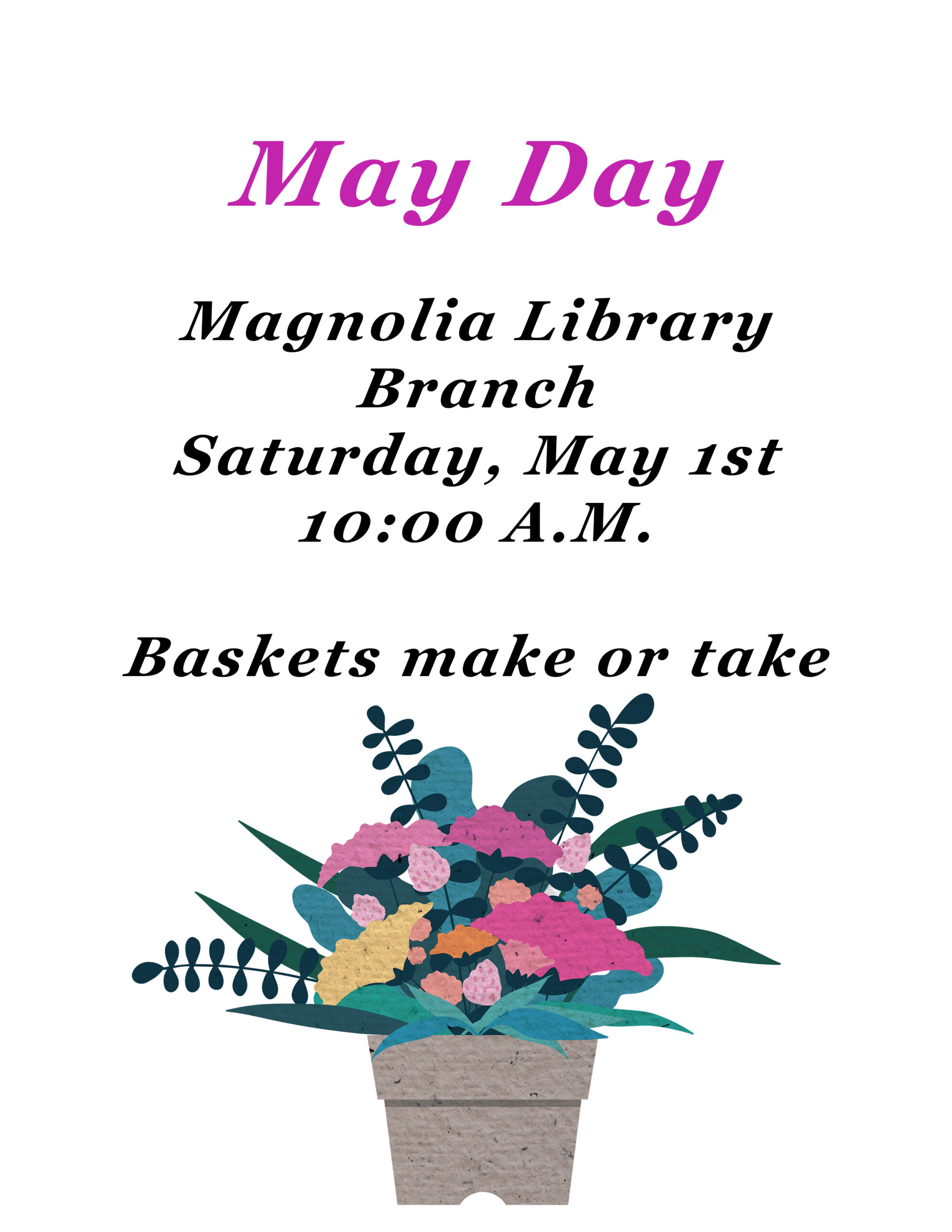 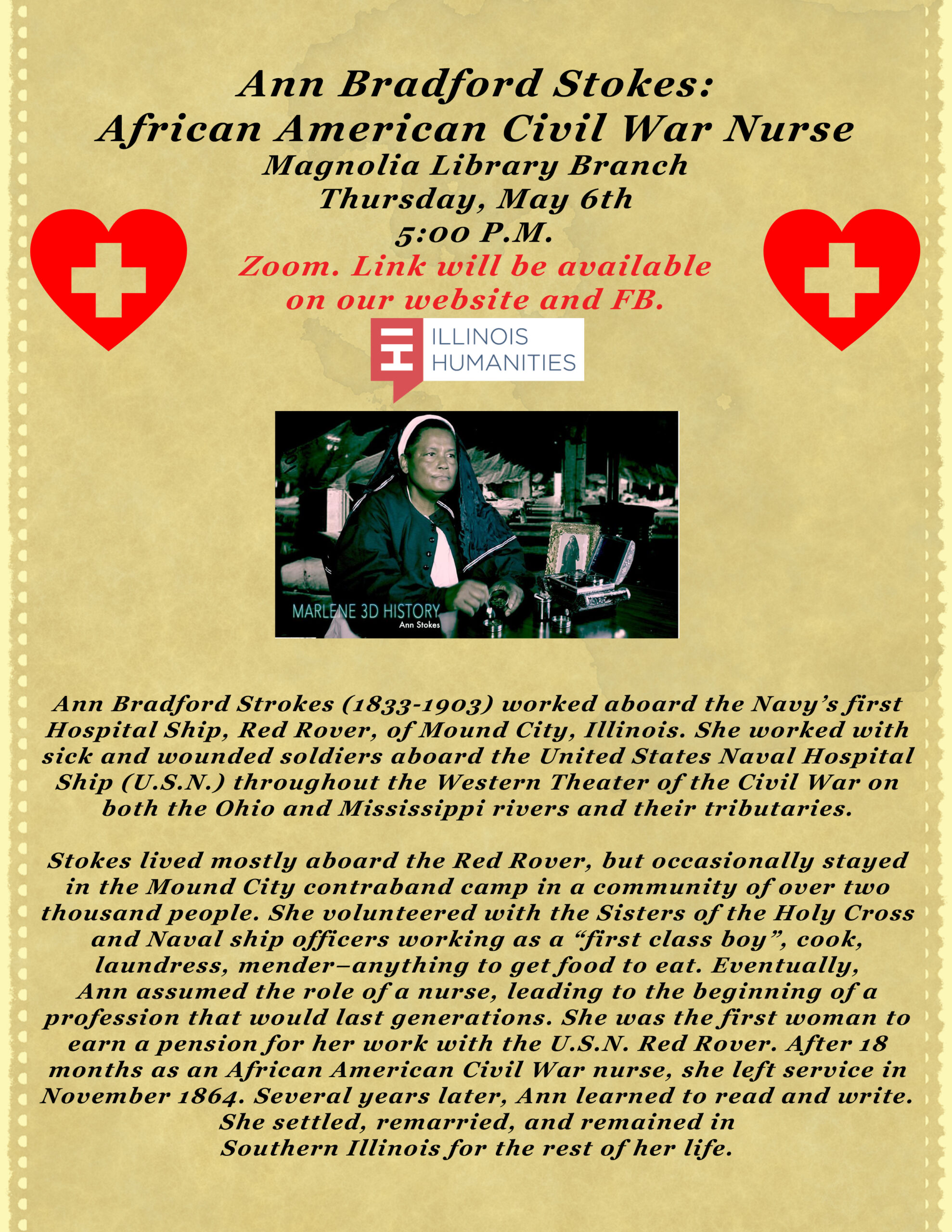 Ann Bradford Stokes: African American Civil War Nurse
Thursday, May 6th @ 5:00 P.M.
Zoom. Link will be available on our website and FB.
This program is provided by the Illinois Humanities Road Scholars.
Ann Bradford Strokes (1833-1903) worked aboard the Navy’s first Hospital Ship, Red Rover, of Mound City, Illinois. She worked with sick and wounded soldiers aboard the United States Naval Hospital Ship (U.S.N.) throughout the Western Theater of the Civil War on both the Ohio and Mississippi rivers and their tributaries. In a fascinating reenactment, Marlene Rivero will breathe life back into Ann Stokes and her story, captivating audiences and informing new learners for approximately 45 minutes, with a 15 minute Q&A session afterwards. Marlene brings and shares a touchable display table that she periodically draws from throughout her performance in costume. 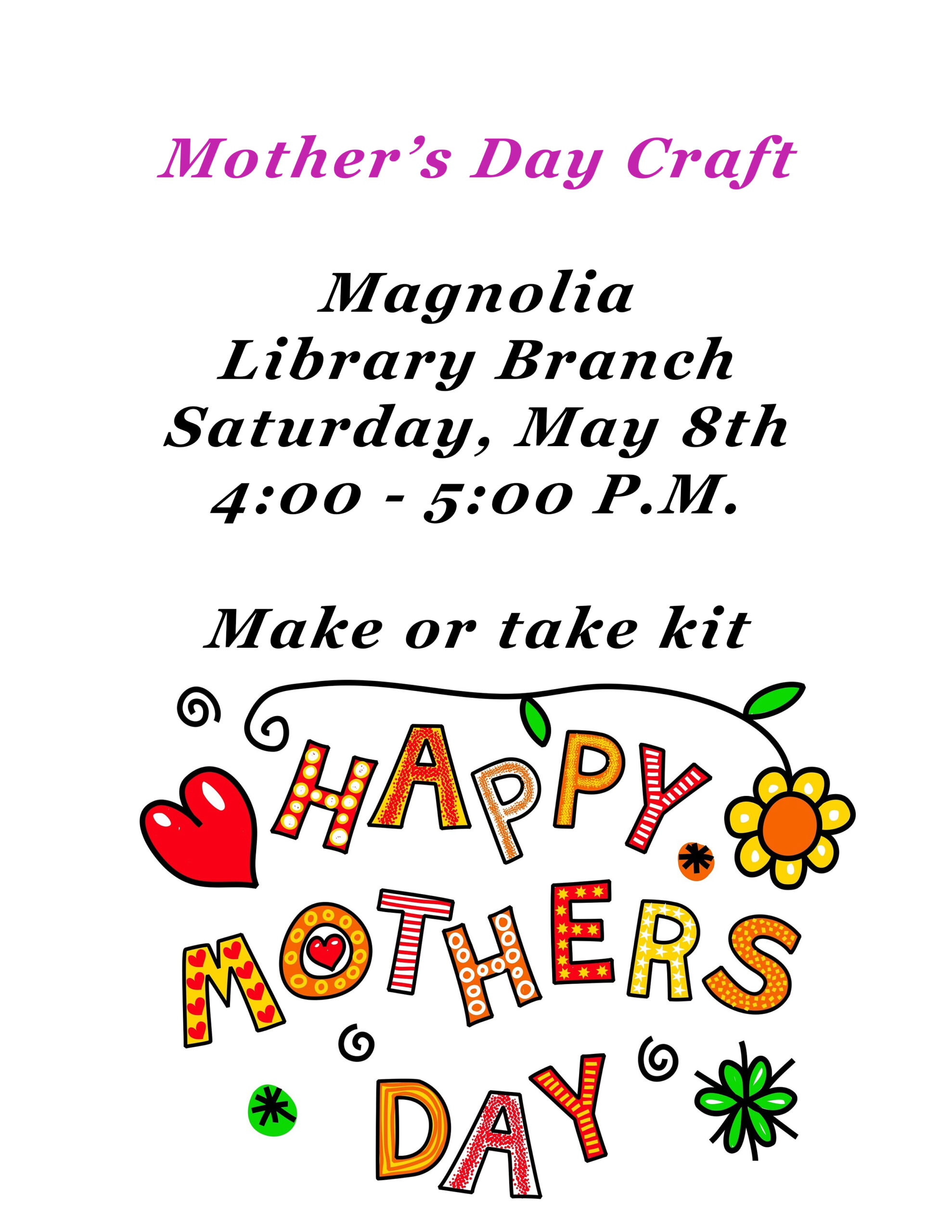 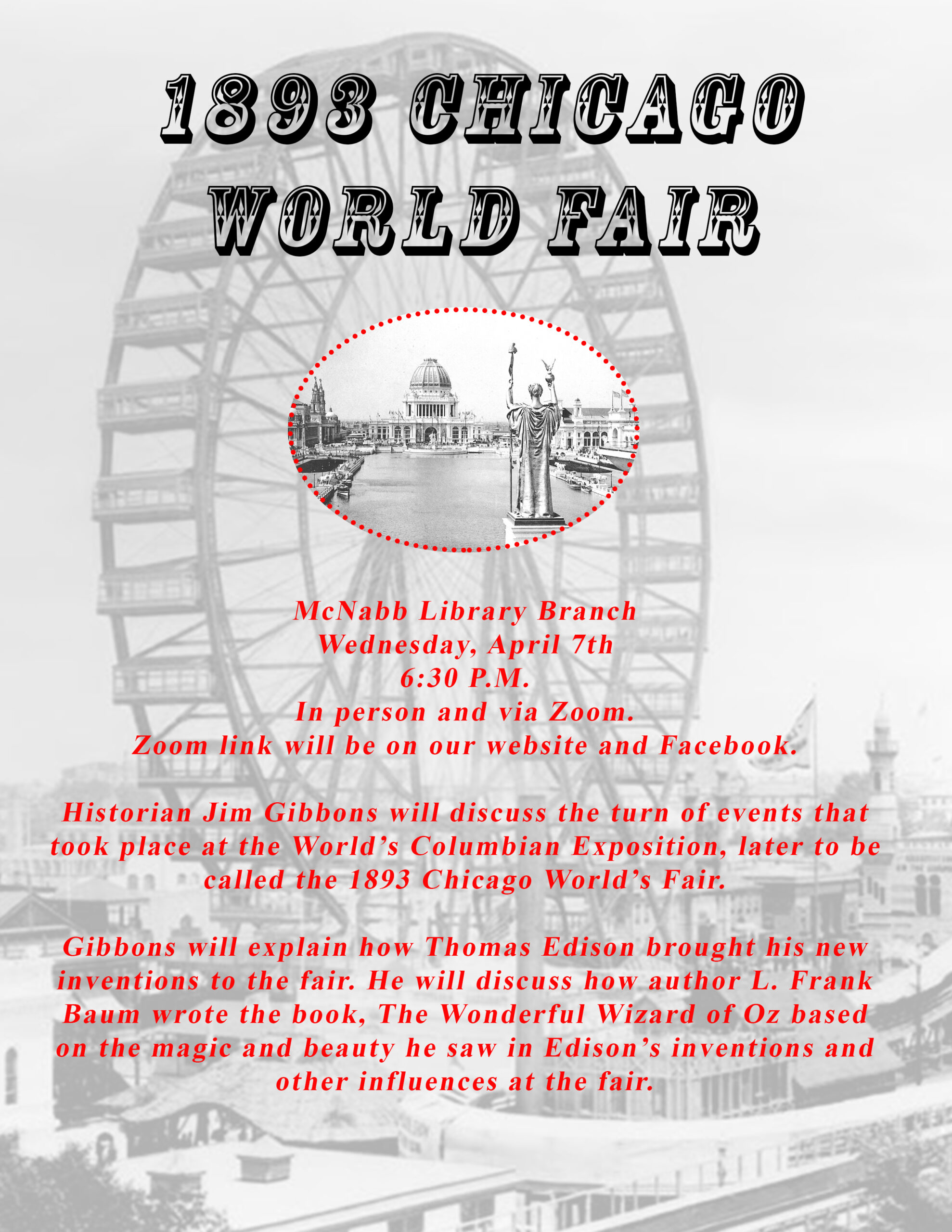 1893 Chicago World’s Fair
Wednesday, April 28th @ 6:30 P.M.
Zoom Link to register The year is 1893 and the city of Chicago is booming. Chicago is told it will be the city chosen among several others to officially hold the World’s Columbian Exposition, celebrating the 400th Anniversary of Christopher Columbus’ arrival. The fair will mark a turning point in Chicago’s history, bringing diverse cultures to the area as well as architecture, the arts, sanitation and more. It will also help bring an industrial boom to the city, bringing those from all over the world to what would become a key melting pot city in America.
Historian Jim Gibbons will discuss the turn of events that took place at the World’s Columbian Exposition, later to be called the 1893 Chicago World’s Fair. Gibbons will explain how Thomas Edison brought his new inventions to the fair. He will discuss how author L. Frank Baum wrote the book, The Wonderful Wizard of Oz based on the magic and beauty he saw in Edison’s inventions and other influences at the fair. While the fair brought to light many new inventions, cultures, and literary works, it also cast darkness among the city as America’s first well-known serial killer, Dr. Henry Howard Holmes (also known as H.H. Holmes), confessed to murdering between 27-200 people in his hotel. The book, The Devil in the White City: Murder, Magic and Madness at the Fair that Changed America, would later be written by author Erik Larson based the H.H. Holmes murders. On a lighter note, the inventions and magic can still be found in Chicago’s last-standing building of 1893, The Museum of Science and Industry, where families, adults and children can learn and explore technology, history and culture of the past and present. 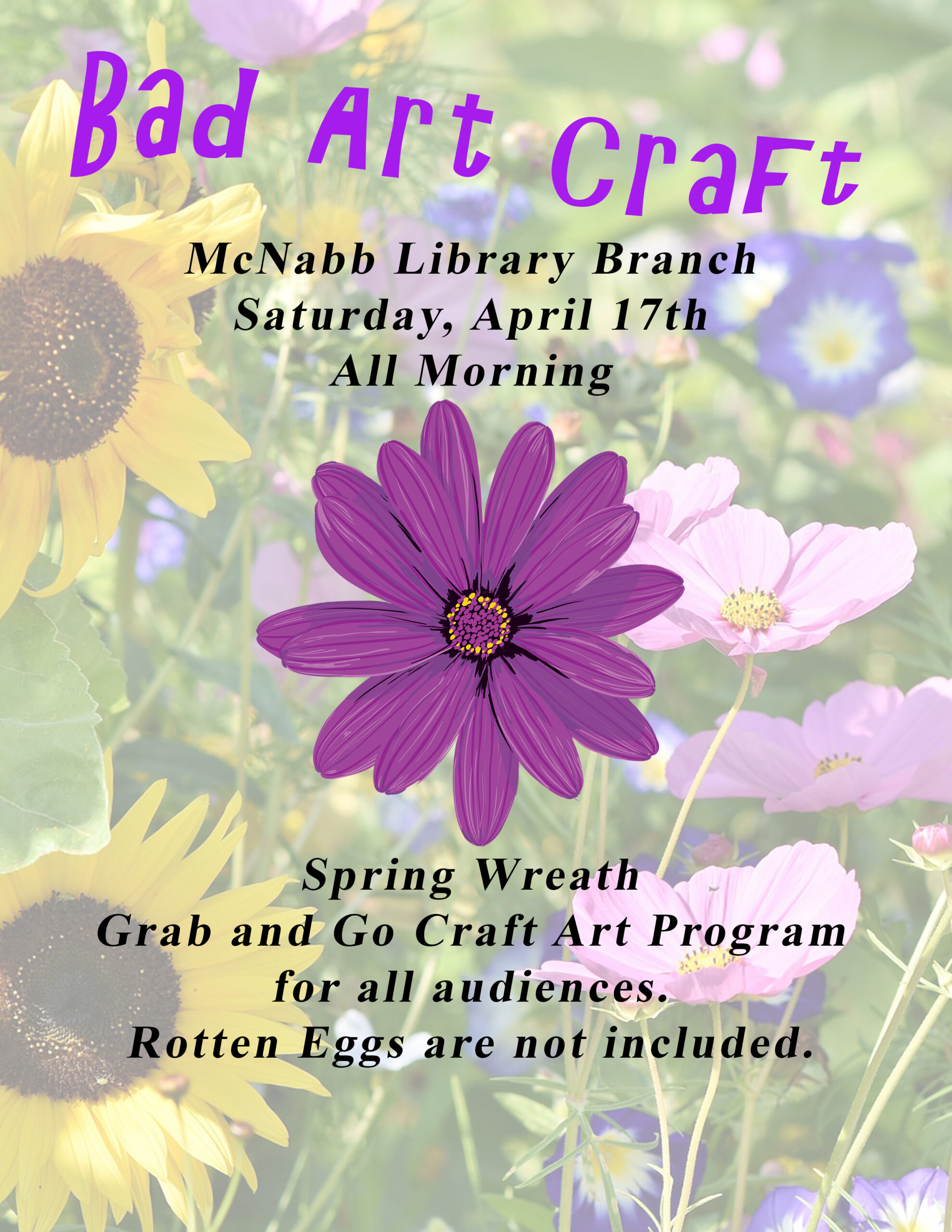 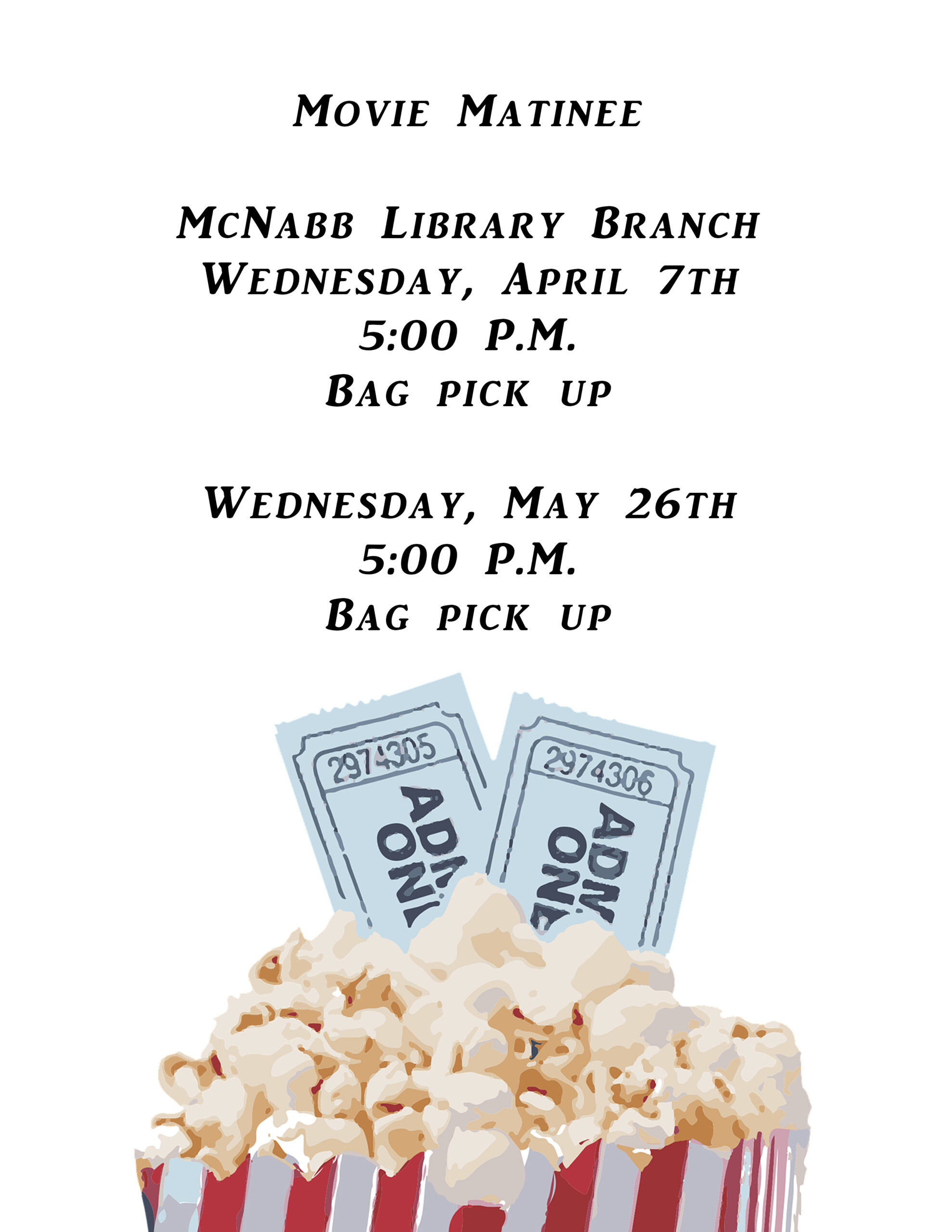 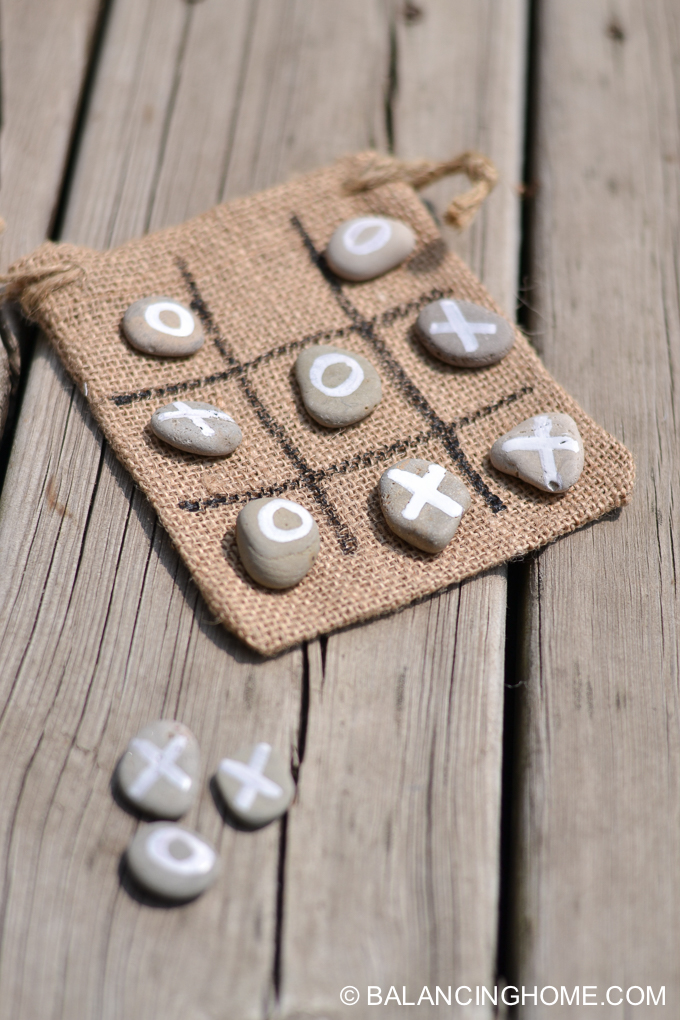 Tic Tac Toe in a bag

Create the favorite game of Tic Tac Toe for a road trip!